Last week, the California Department of Education released SBAC scores from the 2018-19 school year. The scores reveal two very different and equally important tales of learning in Fresno’s public schools. In one version of the SBAC story, we applaud Fresno’s steady gains over the last 5 years — we are especially thrilled to see African American and Latino student achievement on the rise.

In the other version of the SBAC story, we must name that there is far to go to ensure that every child is realizing the dream captured in FUSD’s graduate profile. While test scores only tell one part of the story, they provide families and practitioners with valuable insight into student progress. When we double-click into the most recent scores, it is clear that there are areas that require immediate attention. 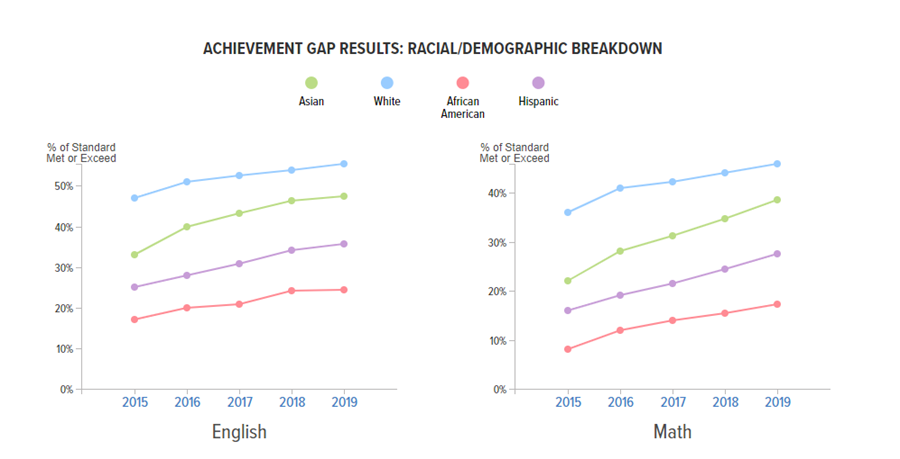 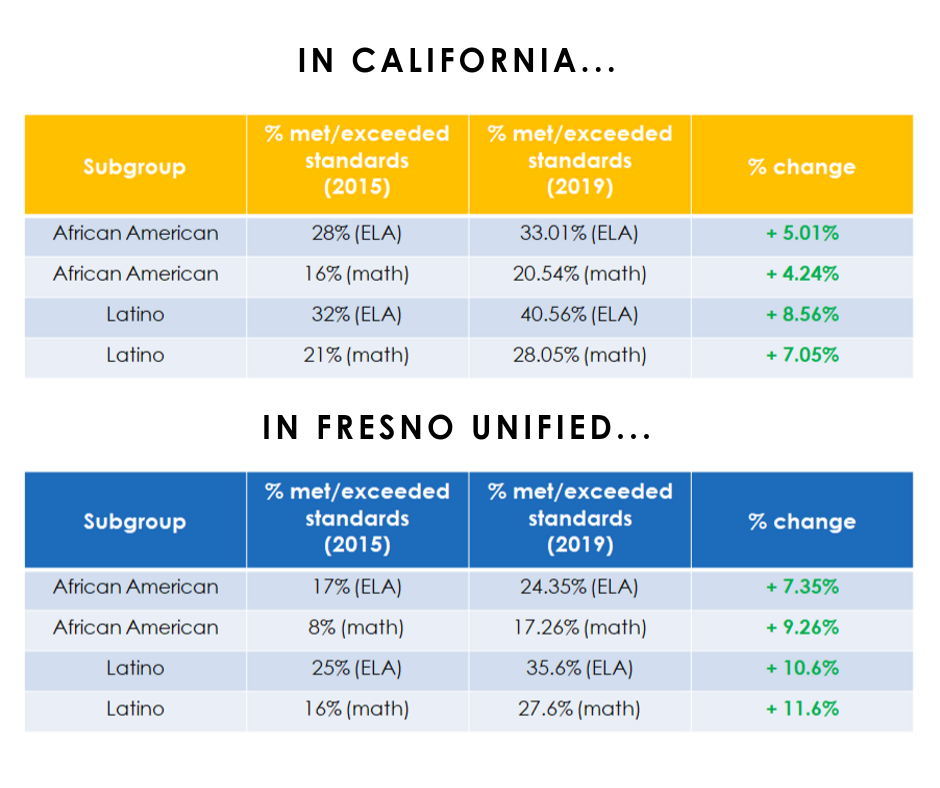 Where do we need to grow?

There is still much work to be done. When we look at the more than 6,000 English Learners in Fresno schools who took the 2018-19 SBAC, less than 10% are meeting or exceeding standards in both ELA and math. In fact, close to 70% of our English Learners placed in Band 1(Standard Not Met) in both subject areas, and are therefore the furthest from reaching proficiency. The numbers do not improve when we control for students who have been in a school in the US for less than a year (newcomers).

We also must do more to ensure all of our graduates are truly leaving our schools prepared for college and career. The 11th grade SBAC is currently the best measure of college academic readiness available. It differentiates students who are unconditionally college ready, conditionally college ready, and not ready. Students who are not unconditionally ready are likely to need additional remedial coursework before beginning college level courses. This extends the time and cost of their college journey.

How can we learn from what’s working?

Superintendent Nelson espouses an unlikely mantra — #militantpositivity — reflecting a deep commitment to hope and an unwavering urgency to improve student outcomes. In practice, Nelson’s approach is unabashedly pragmatic — he and other district leaders are well aware that the district is simultaneously making great strides in some areas, and deeply troubled in others. Only through truthful analysis can we overcome our weaknesses and expand on our strengths.

We ask then, how can we scale those learnings to improve outcomes for more students? Through a thoughtful and thorough analysis of student achievement we can identify programs and practices that will increase learning.

Are the Kids Alright?